I think another reason which is politically incorrect to say is the Democrat party is without accountability as a one party state. Republicans are not competitive which is disastrous. New York and California are also a disaster. Democracy does not guarantee good government nor a good education. I lived in Thailand for about eight years and loved it and the food and nearly a year in Malaysia and liked it, visited the Philippines and loved it. But two trips to Hawaii for 4 and 6 weeks were not good. Beautiful but disastrous in many ways and getting worse from a friend who has been living in Honolulu for 12 years and may be leaving sooner than anticipated. The idea of Hawaii is irresistible but reality intrudes. Is Hawaii being ruined?

Hi Joe, would you mind sharing how you lived in Thailand for 8 years in terms of technicalities/visa etc? And could you elaborate more on what you loved there, and in Malaysia, Philippines etc? This is something I’ve been dreaming about and would absolutely love to do, and I would very much appreciate it if you share more about it. Thank you so much!

I personally would NEVER encourage anyone to live here. The big reason is the high cost of living. 2nd would be the many social problems the islands have. I can see why it’s attractive to many mainlanders since it’s technically a state that they can easily travel to but It would be better if they had the means to obtain a passport and venture to somewhere warm outside of the U.S. It would be much cheaper living and possibly a friendlier climate.

I don’t understand why you would single out Democrat dominated states as disasters. I could easily point out the same about Texas and other red states. Being an independent and living in California, there is a strong blend of conservatives in suburbs. Counties and cities have much more governing power than what’s extemporaneously argued at the national level. Hawaii’s high cost of living has more to do with it’s geographical location than politics.

Also, having lived in Japan, Vietnam, Thailand and the Philippines as a teacher, saying “blank is better than blank” without examples or proof is utterly ludicrous. They all have their pros and cons. The same can be said about the people who live in America IE remote Native reservations and rural Appalachia.

Hawaii is a good place to live if you really like Asian and Polynesian culture and food. I really think before people decide they want to move to Hawaii they seriously need to research and see if this culture is 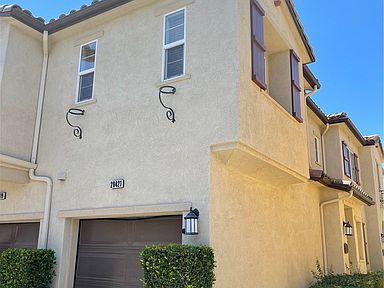 compatible with them personally. Don’t just see it as a tropical destination because it’s so much more than that. Research everything, the positives and the negatives, cost of living etc- and don’t buy property right when you come here, rent for a year or two before deciding you want to live permanently.

I can tell you living outside the big cities of Thailand, Philippines or Vietnam is living with virtually no modern healthcare

I moved to Hawaii due to work (military). The first 3-4 years were great (after a period of adjustment coming from the gritty east coast). But 10+ years later…. I realize that I do not “belong” in Hawaii. The crazy thing is, I look so local / Hawaiian, that even native Hawaiians will assume I am from here (they will speak to me in the deepest “pidgin” you ever heard or will ask me “what was your MAIDEN name?” – because my name is not Hawaiian-sounding). I don’t think I fair any better than a “haole“ tourist does because, at the end of the day, I simply am not truly local. I have made some great friends here and seen some of the most beautiful sights I have ever seen, but you can’t jam a square peg into a round hole, no matter how many years you try. Why have I stayed so long? To support my spouse who’s kids from a previous relationship all wanted to finish out high school here (where they started). I can understand that (I had to move to new state / new high school in my senior year due to my parents being in the military – it’s rough). In less than 2 years I will be able to return to the mainland. No hard feelings toward Hawaii. I was “flown here” and now, time to “fly back”!

Payday advances for the The fresh new Iberia, Los angeles. And get money on an identical times of most useful creditors on the internet

When your mortgage demand could have been acknowledged, the lender should offer that loan arrangement setting

When your mortgage demand could have been acknowledged, the lender should offer that loan arrangement setting Immediately following all the details has been gathered, go to the creditor’s webpages and you may fill in the Read more…

Payday loans in the Ca- Online Legislation & Guidelines **Update** Set-up Expenses 539 has passed both Senate and you may Set up into the . So it Expenses will vary the complete credit environment in Read more…